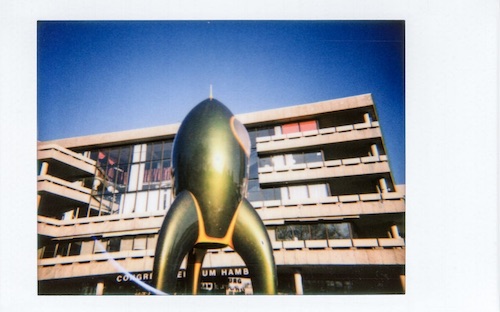 It’s time again for my list of talks that I loved on the chaos communication congress. As usual I spent most time on RubyTown and watched the talks later on.

In the last couple of weeks after the congress I watched tons of talks. More than usual because of the amount of free time I am currently enjoying :wink: .

Here is a list of talks I loved in random order:

The big how, when and where questions about interplanetary colonization.

Shut Up and Take My Money!

A really nice talk how bad a German FinTech startup aka Bank designed their APIs.

The title says it all. Everything you need to know about the Game Boy.

What could possibly go wrong with

A nice demonstration of security issues on current x86 CPUs

Every year maha gives a talk where he dissects the language used in politics. This year he focuses on the current rise of populists.

The yearly review of security issues in tech with a little forecast what we might expect in the near future.

From the group that showed Redstar OS to the public now comes a talk where they demonstrate the current state of tablets in the DPRK.

David Kriesel got famous for his really great talk about problems in Xerox Scanners. This year he shows what he learned by downloading all articles from Spiegel, a big german news site.

A theater play based on the German parliamentary hearing about the NSA wiretapping in Germany.

The current state of internet wiretapping laws in Germany.

Build your own NSA

The NSA and other agencies are not the only problem. Lots of private companies collect huge amount of data from their users. Here a journalist demonstrates what kind of data could be bought online.

A follow up from the talk given two years ago that explains the current state of copyright law in Europe.

A nice talk about more diversity in tech through a cheap way to teach electronics to kids.

Eavesdropping on the Dark Cosmos

The current status of the Volkswagen Dieselgate, the legal side.

The technical side of the Dieselgate with an reverse engineering of the electronic components involved.

Did I miss something? If yes please leave it in the comments below.