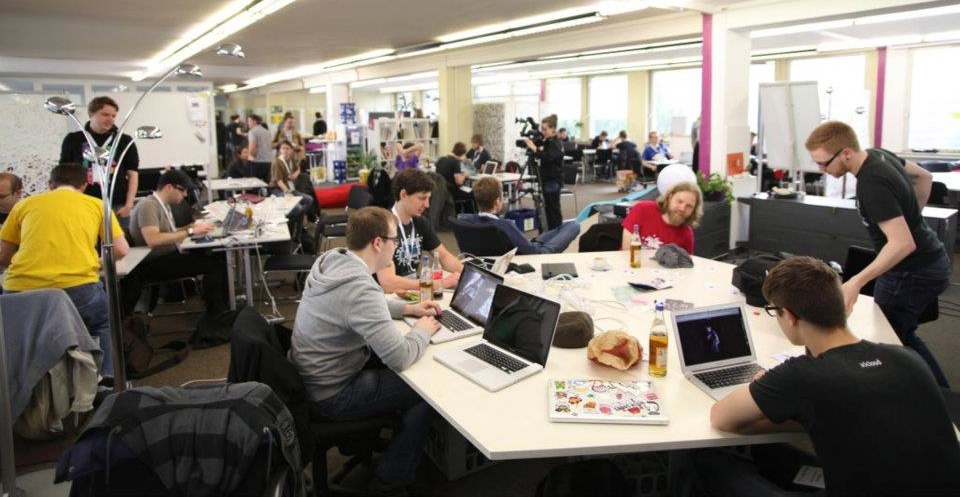 I have a problem with stuff like the BattleHack. And in this post I want to explain a few issues I have with them.

Architecture is broken, we need to prevent the same for our field

Do you know how big companies get the designs for their new company headquarters? They do a competition. This is a very cheap way for them to get a shit load of proposals for free. They just pay the winners and the rest gets nothing.

There are lots of Venture Capital “Hackathons” that work exactly like this. They invite hackers and see what they have to offer. If it is interesting, they try to invest. The hackers have to do all the work, the VCs just grab what comes by. It’s even worse if the rules of the hackathons state that the code that was done on the hackathon belongs to the company hosting the event.

Yes, this is a VC heaven. Lots of early stage startup ideas and you don’t have to do anything. They just come to you.

Hackathons were meant to be places where people sit together, work on stuff and share their knowledge. But if you attach a huge amount of money to the #1 prize, the knowledge sharing is lost. Why do you want to share stuff if you will lose the competition because of that? The guy that comes to your table could be an evil spy from another team that will grab the prize from you if you share too much.

And adding aggressive, testosterone driven wording is not very helpful either.

A hackathon where everyone wanders around the tables and you talk with lots of people about the stuff they are doing is way way more productive for everyone. It’s nice to be the “winner” after that hackathon, but the focus should be on the fun, not on the winning.

Ever noticed how hard it is to get women interested in hackathons? It is because of this.

Sleeping is for losers

A hackathon should not promote 48h coding sessions. “Don’t worry, we have energy drinks!” is totally wrong. It’s unhealthy, your code will be shit, your mood pretty bad and you won’t be able to learn stuff from others.

You need to enforce rules to keep everyone healthy and give them enough time for a healthy sleep.

It’s all about the company

Sadly most corporate hackathons just want to promote their API or themself. Paypal had a pretty bad reputation among developers because of their horrible API. And boy, that one was bad. And since nobody wanted to use the API, they started to do hackathons to promote it. But this is not a hackathon. It’s promotion. Call it what it is: a developer focused road show.

And if you use APIs, don’t forget the Netflix problem.

So what is my ideal hackathon?

If I should name an example, it would be the Advance Hackathon.

The nerdkunde has a really nice discussion about this topic. If you understand German, you should listen to episode 31.

And to the sleeping paragraph: I totally understand that not everyone wants to sleep. But at least give people the possibility to sleep in a quiet room. Don’t peer pressure people into not sleeping.

I am a freelance polyglot developer and love HTML5, testing, TypeScript, Ruby and Elixir. In the last 20 years I have been in lots of different roles, from Java to Elixir, from backend developer at a 3 people team in an early phase startup to the CTO of a web agency. Some of my work can be seen on my projects page.