And Euruko did it again. This was my second time at a Euruko conference and I am as impressed as I was last year in Berlin. The organizers here in Amsterdam have done a great job to make the conference a huge success. The @tenderlove friday hug should also considered to be a Euruko organizers hug :wink: . 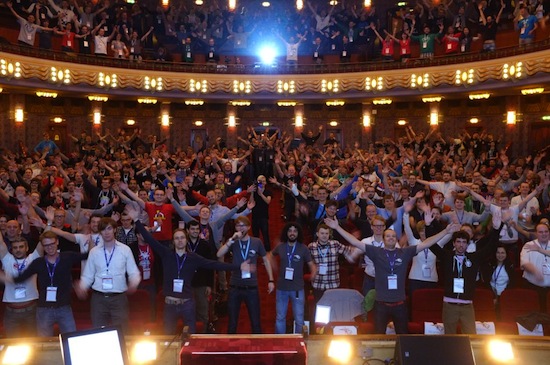 And if you missed it, you can get the vibe of the first day in this video. There will be more videos and the talks uploaded soon.

I can’t wait to be in Athens next year.

Zurich gave me chocolate, but euruko greek will give me a nice beach to hang around the days before/after #euruko 2013. Let's go to athens!

And Athens, one little thing: can you make the voting process for the euruko 2013 better? Create a site where every attendee can vote, or use handsigns. The sound volume stuff is not good enough anymore.